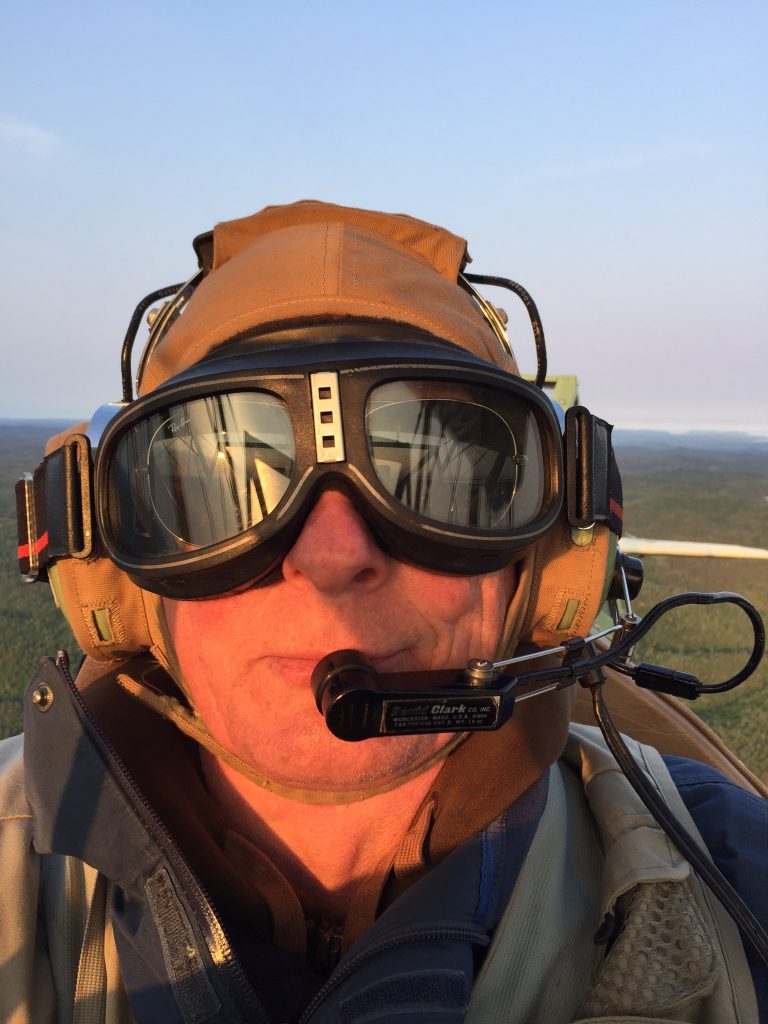 Me hard at work in the Stearman.

I learned to fly in 1974 at Chilliwack Flying Club, which occupied the old roundhouse at Chilliwack Airport. After flying recreationally for a decade, I obtained my commercial pilot license and instructor rating in 1985 at Abbotsford Airport.  Most people who get an instructor rating do so as a way of building time and making themselves more hireable, and hang up their instructor’s hat as soon as other opportunities present themselves.  But early on I discovered that I was a teacher at heart, and so became one of a fairly rare breed: a career flight instructor.  I have owned, operated and worked at various flying schools across the country, but most of my flying time is in and around the Yukon.  I was an instructor for the Canadian Forces training school in Portage la Prairie, Manitoba for one year, and worked at a large Maritime flight school for a year, but I have spent most of the last 35 years flying in the North.  In 2013 my wife and I retired to Salmon Arm, BC, but we maintain a substantial presence in the Yukon.

Here’s a few links to articles about my career:

My wife wrote this bio for the Kelowna Flying Club prior to my speaking at their 2017 rust remover:

Kelly Collins learned to fly as a teenager at the Chilliwack Flying Club, receiving his private pilot license in 1975 at the age of seventeen. A decade later, he resumed his training, and obtained his commercial license and instructor rating. In 1986, he moved his family to Whitehorse where he operated the first of many flying schools throughout the Yukon.

During his career, Collins left Whitehorse for brief periods to instruct at the Canadian Forces Training School in Portage la Prairie, Manitoba, and to redesign the flight instructor training program at Moncton Flight College. However, his love of the North always pulled him back, and he spent the bulk of his 30+ year career flying in the Yukon, with its unique terrain and climate challenges.

Collins has always taken great pride in being one of a fairly rare breed: a career flight instructor. His dedication to the industry was recognized by the Government of the Yukon in 2013, when he was inducted as a member of the Order of Polaris, in recognition of meritous service to the Yukon’s aviation industry. Having provided nearly 11,000 hours of instruction in single-engine fixed wing aircraft, his contribution to the aviation industry is reflected in the skills and accomplishments of the many pilots he has trained, and in his exemplary incident and accident-free record.

Now based out of Salmon Arm, BC, Collins continues to follow his dream as a flight instructor and educator. Although technology has advanced considerably during his career, he remains an unrepentant stick-and-rudder guy who especially enjoys flying antique and tailwheel aircraft. 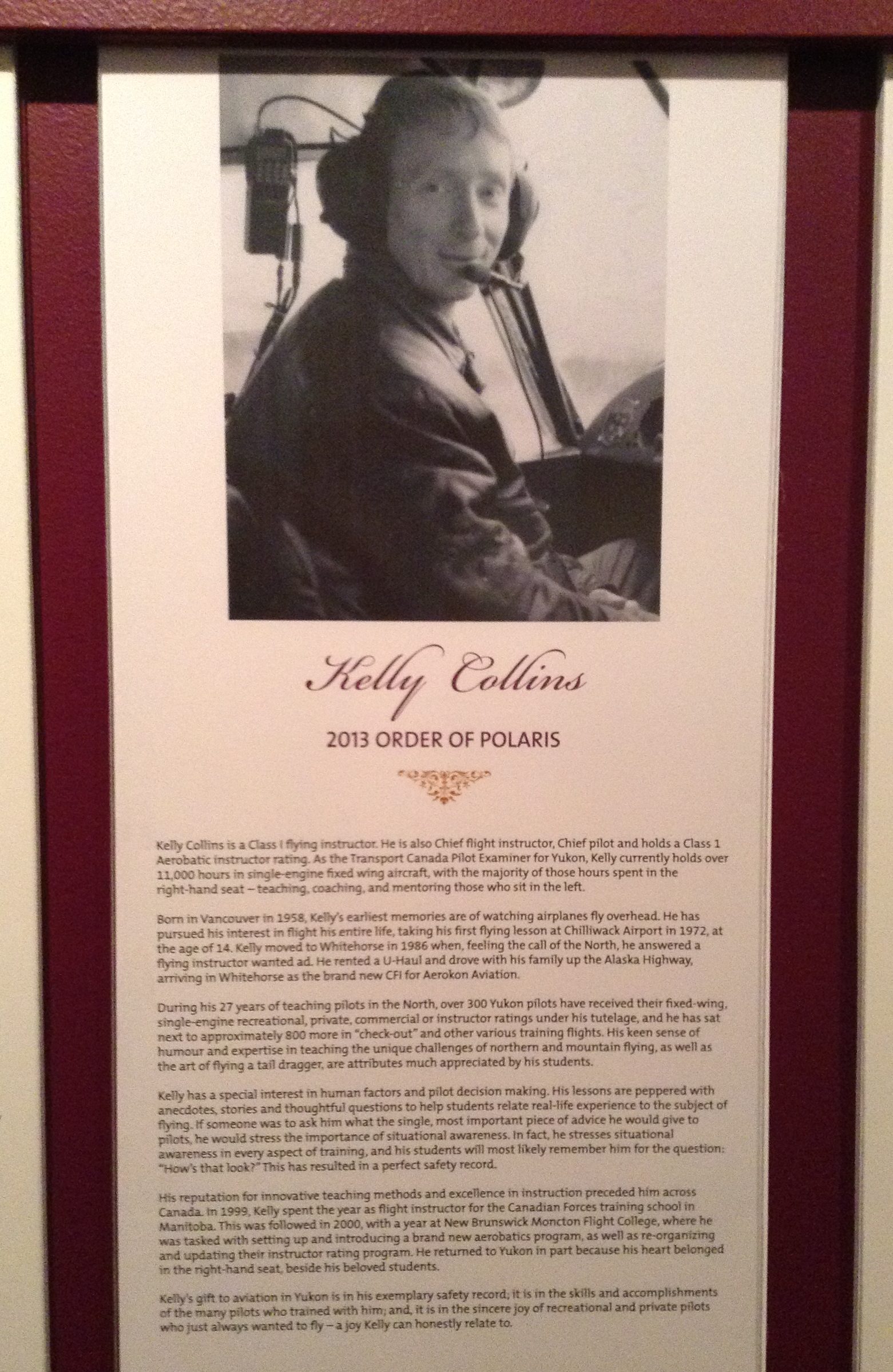 This is on display in the Yukon Transportation Museum Hall of Fame.

Many thanks to Jesse Schick of Glacier Air in Squamish for the following testimonial:

I am a flight instructor in the Pacific region and have had the absolute pleasure of learning from Kelly for my Class 2 aerobatic instructor rating, as well as initial tail-wheel and mountain specific flight training. Kelly has a very relaxed yet professional attitude in the cockpit and with his decades of “hands on flying” has plethora of tips and tricks to get the most fun and safe flying experience. As an examiner he has tested over a dozen of my students, he is fair and very thorough, not a debrief has gone by where I don’t leave the classroom having learned something. He plays an invaluable and pivitol role in keeping the sacred art of stick and rudder flying alive in the west. I have been lucky enough to fly with half a dozen class 1 instructors in my career and have yet to meet anyone that can compare. Kelly brings the love of flying to every lesson, his teaching style is very unique and unparalleled. You can’t go wrong when you fly with Kelly Collins Aviation.

Here’s most of the types I have flown: 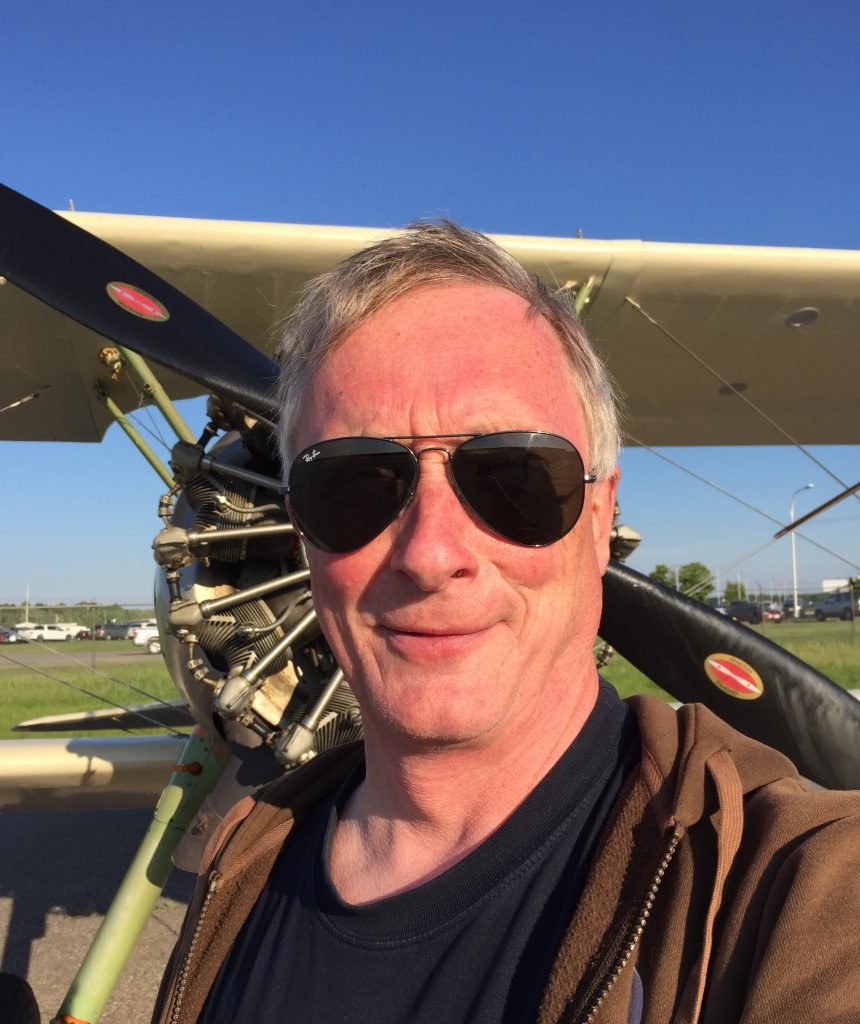